“Be careful who you love, it just might kill you.”

A demon force is taking over Oak Haven and people are dying in horrific ways. Somewhere beneath the city lies the hidden chamber and the Secrets to the Origins of Life. If only Sera can find it, maybe she can stop the violence. She needs her dad to help her and she’s certain he’s still alive. But in order to find him, Sera must make a pact with her nemesis, Fabian Gore.

The Night Angel, Peter, has vowed to love and protect Sera, but even he can’t help her in this task. Nor can Jimmy, the human whom she knows she can trust. Only the “girl with the crazy eyes” can lead Sera to her father. Without her dad, Sera doesn’t think she can go any further.

In Book of Angels, readers find out more about who the Night Angels really are…and their terrible histories.

Here Marek tells his story to Sera, after a lesson in sword-fighting. It isn’t a pretty tale, be prepared…. The images it brings to mind are horrific. But the stories need to be told…the truth must be revealed.

Marek drew close to me, so that I saw the fine sheen of sweat on his brow, still fresh from our practice. As usual, his expression was neutral but his eyes were cold and hard, the look I had seen in Peter’s eyes so many times when he remembered his past and the humans who had inhabited it.

“One night I overheard my master’s drunken conversation with his wife. The next morning he was going to send me to the Coptic priests at Abu Gerbe to be castrated.”

I shook my head and took a step back. This was something I had not seen in my Turning. What I had seen was bad enough. I didn’t want to find out more.

But Marek stepped forward, almost daring me to try and escape. I was against the wall and he was in front of me. I didn’t try to get away. What would be the point?

“His plan was to sell me to the Ottomans. It was against the Ottoman’s faith to make eunuchs. But the Christians had no such qualms. Do you know how they would do it?”

I shook my head.

“The priests chained the boy to a table and sliced off his penis and testicles. Then, for the healing process, they stuck bamboo catheters into the genital area, dug a hole in the sand, and buried the child up to his neck. The survival rate was ten percent. Naturally those who survived fetched a large price.”

I was revolted. I had heard of female genital mutilation. But this was something I did not know. And why should I? It wasn’t necessary to know every horrible detail of what had happened down through history!

“So…the Ottomans wouldn’t make eunuchs but they had no problem buying them?” I asked.

Marek still didn’t look angry. Only amused, and always in complete control. I wondered what it took to make Marek truly angry. I never wanted to find out.

“Humans are nothing if not hypocritical. They can justify the most horrific and obscene behavior by telling themselves lies over and over until they believe them.”

I had to admit that this was true. I’d discovered it the hard way, after my dad’s death, when the carefully preserved façade of lies hiding the true nature of Oak Haven was torn away.

“I slit the throat of my master while he slept in a drunken stupor.  It was my first killing. I ran away. I was quickly captured by a group of traders and brought to the Sultan’s court anyway. But at least I had escape castration. The Sultan was far crueler than my first master but he was of a superior intelligence. He took a liking to me and made sure I was taught history, art, poetry and philosophy. For that I am grateful.”

Marek now took a step back and I breathed easier, feeling my muscles relax slightly. When would I ever really relax, every again, I wondered?

I was too stunned by his story to say anything. We picked up our swords and walked toward the small door in the courtyard. Marek grinned sideways at me. “I see how kids in your culture pierce and tattoo themselves. Some put rings through their noses–willingly! It’s very funny to me.”

I felt grateful he didn’t expect some response from me about his terrible story. What response could I possibly give? It was all so horrible.

Thank you to Christine Potter for hosting me today! this was my first experience writing a post in exchange with another author and it was fun! Check out the post about how my childhood travels inspired Book of Angels and NIGHT ANGELS CHRONICLES, with photos and everything.  The photo featured here is the 17th century Swiss castle I lived in as a child.

Join Sera and the Night Angels as they continue their search for the Secrets to the Origins of Life.

Almost time to reveal the cover for Book of Angels, volume II in the NIGHT ANGELS CHRONICLES!!!

Here are all the titles…as of right now:

It’s getting intense, I can tell  you. I’ve pretty much finished Cave of Secrets and I am now working on Land of Talismans. Things are heating up in Oak Haven. Not mention underground…and across the world. And I’m in the perfect place to get inspired. Tropical paradise Costa Rica. 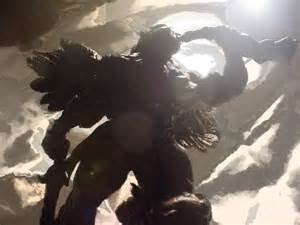 Book of Angels is soon to be released and I am thrilled to announce that it is an Editor’s Pick with my fabulous editor, Melissa Hosack, Evernight Teen. Find your way deeper into the secrets of the NIGHT ANGELS CHRONICLES with Volume II. Learn more about denizens. Do you know what they are?
“A denizen is a foreigner allowed certain rights in an adopted country.”

This is who the Night Angels are and who Sera and her brother Salem become. What, really, does it mean? How at home do you really feel you are in your world? Can you ever escape it for a better one? What is the price that you pay if you do?

I was recently in Bolivia for two months, finishing up Volume III, Cave of Secrets. Amazing experience. I found a fantastic boxing gym and became obsessed with the colonial churches. I wrote my first travel essay, Writing and Fighting in Sucre, and it will be published in http://www.gonomad.com soon! I had interviews published in The Missing Slate, http://themissingslate.com/2016/05/18/an-interview-with-my-world-project-founder-karen-hunt, Fantasy Lit Magazine, and Talk Supe.

How could I not be inspired for NIGHT ANGELS CHRONICLES when images such as this angel in Santa Clara Convent and Church surrounded me?

The month of June found me back in Los Angeles to catch up with my kids and to teach some kick boxing classes. I celebrated July 4th with friends in Calabasas, on a hill overlooking the San Fernando Valley, where so much of NIGHT ANGELS CHRONICLES takes place. 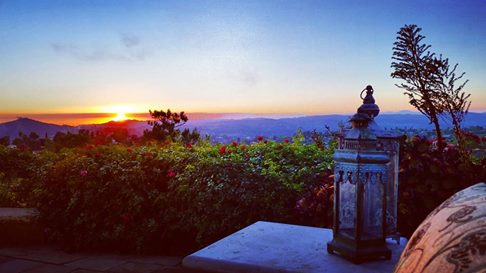 But traveling calls to me! I am in Costa Rica, on beautiful Lake Arenal, writing for three months. Who knows where this experience will lead me?

Above is the view on my run in the little pueblo where I live, my neighborhood. This place is inspiring me as I start to write Volume IV, Land of Talismans.

These books mean so much to me. They are entertaining but they also have a message of unity and they ask the most fundamental questions that all humans want to answer, and yet we cannot find the answer to these questions no matter how hard we search.

Now, as I write this, the tropical rain beats down on the roof and the sound is intense. Lightening strikes and clouds roll across the lake as if preparing for battle. I love this planet with all its diverse beauty. This planet is fine, it is humanity that is messed up! I hope these books can influence a new generation to unite and fight against oppression in all its forms. Travel the world. Find your path. Learn from those who seem different–discover how you are really all the same and celebrate the wonder and artistic expression of your differences. Speak your truth. Stand up against fear and manipulation.

As I quote Alexander Pope at the beginning of Book of Angels, “Aspiring to be gods, angels fell; Aspiring to be angels, men rebel.”

Cemetario General, Sucre. Where we all end up eventually. Little apartment buildings for the dead. Except that Sera escapes this fate. And finds herself embroiled in a curse greater than death.

Walking on the roof of San Filipe Nero Church, I found the answers to some of these questions…..which only led to more questions of a deeper nature. A beautiful journey. And not an easy one. But well worth it. 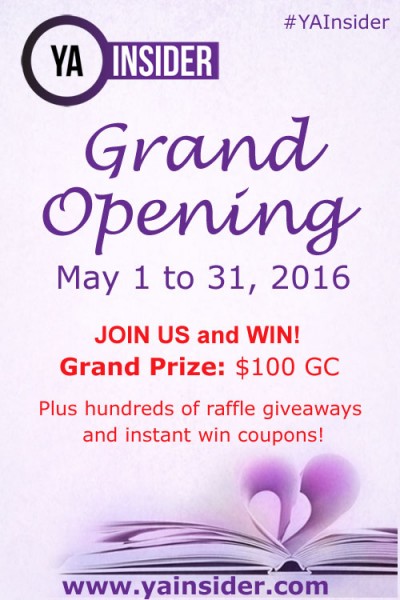 This is a cool event happening for the entire month of May. Key of Mystery is one of the featured books. There are give-aways, quizzes and more. Check it out!

Creating my own world is how I deal with the real one. #artisticinspiration #storyteller #fantasy #keepthefaith #stayhomestaysafe #childrensbooks #NightAngelsChronicles #myworldproject
Right @mrcreepz @maxedwardleimert #lovemychildren❤️ #stayhome #staysafe #staystrong
Nosy neighbor because what else do I have to do? 😆#stayhome #covıd19 #staystrong #rooftopviews #nevergiveup #martialartsmindset
Random thoughts during quarantine: Marilyn Monroe's last photo shoot, with George Barris, was at my father-in-law's house in the Hollywood Hills. I spent many hours in that house and it was pretty magical but also tense and depressing due to unhappiness of the inhabitants. It was a long way up small, winding roads and was perched on the edge of a hill with a stunning panoramic view all the way to the ocean. The second photo is my father-in-law, Tim Leimert with Marilyn. He was a real playboy in his younger years, and flew his own plane. I only knew him as a curmudgeonly old man, in fact, instead of grandpa, my kids and his other grandkids called him Grumpy, which he took in good stride, or actually seemed to like very much. The Leimert men, I, II and III, had a thing for marrying artistic women. Walter I married a Zeigfield Follies star, Walter II married a rising actress who gave up her career to be a housewife. And then there was me, an artist and writer, married to number III. None of the marriages lasted. In each case it seemed the men liked the idea of having an artist for a wife, but in the end, really wanted someone who would constantly prove their subservience by giving up their own desires. Because in those days women who had their own talent so often were required to lose their identities by acting out the image of how the men perceived them (and still often are?). God forbid the woman should show more talent or intelligence than the man. Sometimes, I look at these photos of Marilyn and imagine how she once stood in the places I stood after her. How my mother-in-law once stood there. And I think of how I understand just a little bit of what she felt. #stayhome #randomthoughts #marilynmonroe #hollywoodlegends #mylife #memoir #quarantineandchill #leimertpark #NightAngelsChronicles
This shelter in place situation has me listening exclusively to disco when I workout. And I'm loving the energy 😍 #discoworkout #shelterinplace #covıd19 #luxoregypt🇪🇬 #trainerlife #healthylifestyle #bethebestyou #writerslife #martialartsmindset #NightAngelsChronicles #myworldproject
What's a woman to do when she's hold up in Luxor Egypt with a whole lot of time on her hands. I'm in workout heaven, that's what. Trying to figure out all the video possibilities and hoping I'll get better at it 😉. #workoutmotivation #healthylifestyle #travelingwriter #boxingcoach #stayathomechallenge #nevergiveup #liveyourbestlife