Honored to have this interview by Constance A. Dunn published in The Missing Slate, an international arts and literary magazine. The interview tells about My World Project and the backstory leading up to it. And it talks a bit about Night Angels Chronicles. Because I write about what I know, what I believe and many of the experiences I have had working with youth in brutal situations, and also my world-travels, have inspired this series. Here is a brief excerpt from the backstory part of the interview…

“I went on a personal quest. I met a woman named Alma Woods who was responsible for single-handedly getting the Watts Public Library built. And to illustrate the politics, they didn’t want to name the Library after her, they wanted to name it after some big-wig politician and there was a huge public outcry and they had no choice but to name the library after her. She was a simple lady, lived in a simple house in Watts and I would go and “sit at her feet” as it were, she was a real guru, she taught me so much! She would take me around the neighborhood and I saw Watts through her eyes. If there were kids loitering outside the liquor store she would reprimand them and they would hang their heads in guilt and listen to her. She was respected. She was fearless. I grew to love her. She encouraged me to follow my heart and not be afraid of where it led me. It was after that that I went into Central Juvenile Hall and talked to the principal, Dr. Arthur McCoy, an older version of the nutty professor and the most amazing human being, and he let me start teaching there, along with the amazing teacher in the girls’ school, Cheryl Neely.

Like a beautiful, magical web, one person has led to another in my life. Not big celebrities, or what you would call “movers and shakers,” but the salt of the earth people. The ones who really have the power because they don’t care about it. They are the ones who truly balance the good against the evil. The ones we never hear about. I know I use the word amazing a lot, but really, there is no better word for all these people. 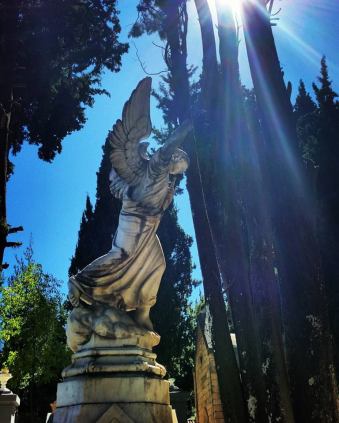 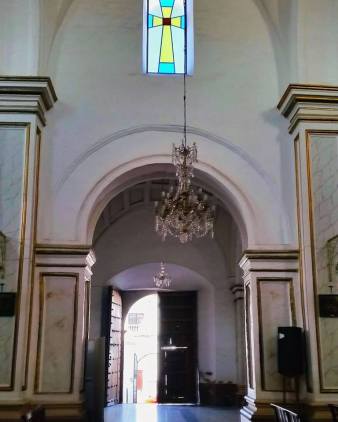 Writing to me is more than sitting at a computer and obsessing about my stories. What I write about has been greatly influenced by my life experiences. And one of the most important influences has been travel. I’ve been traveling since I was a child and has many amazing adventures as a result. This led me to want to share the power of communication through art and words with children in remote areas around the world. This, MY WORLD PROJECT.

Check out the featured article in Expanded Universe. And please go to the MY WORLD PROJECT Facebook page to find out more about this important work with youth around the world.

Seven Things You Should Know About Key of Mystery 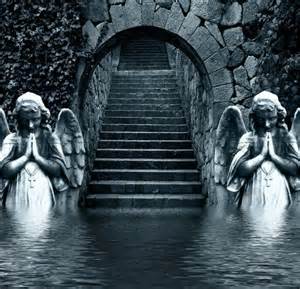 In the 1930s, geophysicist Schufelt became obsessed with the LIZARD CITY, referred to in a Hopi legend and said to exist beneath Los Angeles.

Within the city lies a chamber with a tablet, upon which is written the Secrets of the Origins of Life. Whoever possesses the tablet will have the knowledge and power of God. The Los Angeles city council funded his search for the city. But just when Schufelt was about to reach his goal, he mysteriously disappeared.

Schufelt left behind a map. Both Sera and her enemy, Fabian Gore, have the map, and both are searching for the city. But Sera has a few aces up her sleeve.

She has the coordinates left to her by her father.

And she is led, by an unlikely source, to the Book of Angels, which can only be read by the one who will become the 7th Angel, who will then have the power to open the door to the chamber.

Then, there is a young boy from the inner city who has a special gift for navigating the tunnels, and who attaches himself to Sera.

When Gore concocts a daring plan to kidnap the boy, Sera and the Night Angels must protect him, or he be lost to them forever, imprisoned in Gore’s sinister drug rehab center high above the Malibu coast, a places of padded cells, restraints and horrific medical experiments.

YA Insider is having a Grand Opening Party the entire month of May and Key of Mystery is a featured book. There will be prizes and giveaways. Make sure to check it out! 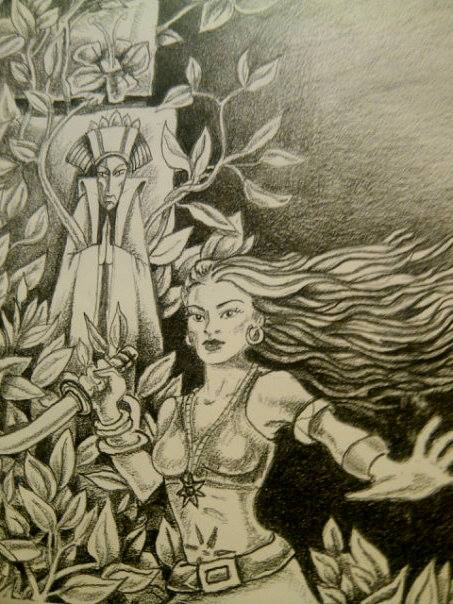 Check out this post that tells about some of my adventures…. 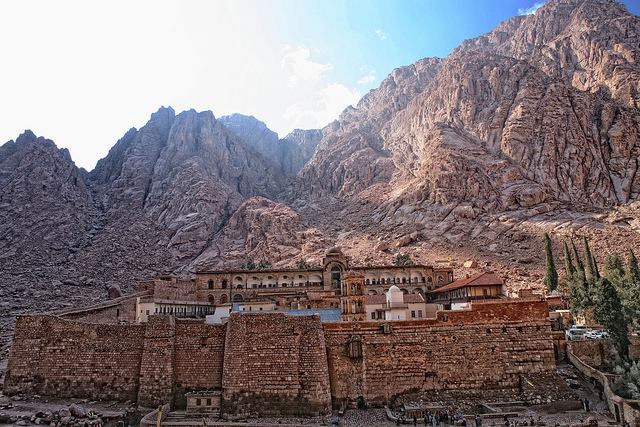 For centuries the “defense” of blind faith has driven nations to war, violence, discrimination, slavery, and to become the society of automatons that we are today; and for just as long, it has been justified with lies.

What would happen if someone discovered the Secrets to the Origins of Life and obtained the knowledge of God? Would this be a good or a bad thing? This is Sera’s dilemma as she follows where the Key of Mystery takes her… even to St. Catherine’s Monastery in the Sinai Desert, where the most Ancient One of all, Queen Ahhotep is kept prisoner in the Life Box. Who is feeding her power? If she escapes her revenge will be limitless. Truly, if she learns the knowledge of God, all will be lost. 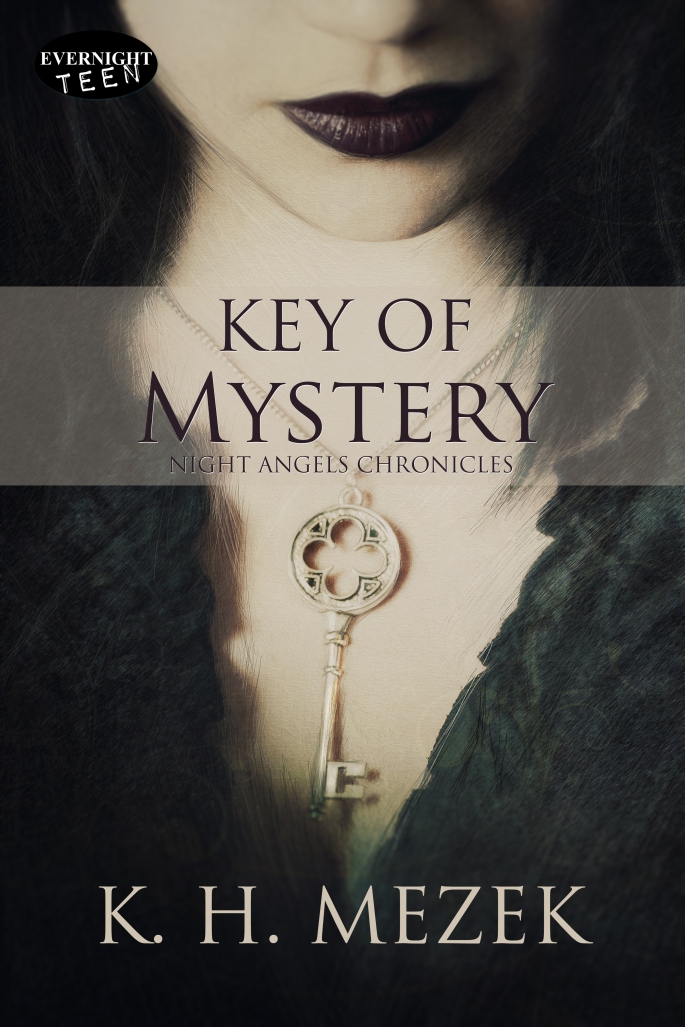 Yes, Key of Mystery is #6 on Amazon’s TOP TEN HOT NEW RELEASES in YA Fantasy & Supernatural on Kindle! Not a bad start!

Key of Mystery on Amazon

“Be careful who you love. It just might kill you.”

When Sera’s father is killed in a horrific accident, all he leaves behind is a mysterious key. Sera places the key on a chain around her neck and vows to avenge her father. Strange characters arrive in town, including the otherworldly Night Angels, who claim to be sent for her protection.

Sera falls hard for one of them–exotic, arrogant Peter. But what if his promise of love is only a ruse to gain access to the key? As Sera’s connection to the key grows, so do her supernatural powers. Guided by clues let by her father, Sera searches for the hidden chamber beneath the city, hoping to save what lies within before the sinister mayor and his deadly followers drown humanity in a bloodbath.